Use Caution: Mixing Over-the-Counter Medications Can Be Harmful

With allergy season’s extended stay and cold and flu season having just begun, you may soon find yourself seeking relief through several different kinds of over-the-counter medications. Know what precautions you need to take when fighting multiple symptoms with multiple medications. 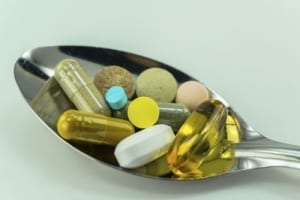 When you’re too sick to go to work but not sick enough for a doctor’s visit, over-the-counter medicines are a welcome relief to help alleviate that fever, runny nose or allergies.

But because those medicines aren’t signed off on or managed by your doctor and pharmacist, it’s crucial that you’re especially mindful of what you put into your body. Whenever you pop a pill, you want to make sure you’re taking the right dosage, waiting the right amount of time before taking another dose and not mixing certain medicines together.

Too Much Tylenol/Acetaminophen
Tylenol — or acetaminophen — is a popular pain reliever for many, but too much can be bad for your liver.

“Our bodies have a finite ability to metabolize Tylenol,” says Andy Wright, clinical pharmacist at Renown Rehabilitation Hospital. “When too much builds up in the liver, it becomes toxic. In patients with medical conditions like cirrhosis of the liver or hepatitis, this could be disastrous.”

Remember, acetaminophen is in more than just Tylenol and generic pain relievers. You may also see acetaminophen in flu, cold and cough medicines, like Nyquil, and some prescription medications including Norco and Percocet.

Keep a list of the medications you take, and limit daily acetaminophen use to 3,000 mg per day. When you’re scanning medicine bottle contents, remember acetaminophen is also referred to as APAP, AC, acetam or paracetamol.

Mixing Painkillers
When you’re dealing with pain and not getting any relief, taking a different medication may seem like the easy solution. Maybe you take some Aleve — a form of naproxen — for a headache, but it isn’t working, so you switch to Motrin, an over-the-counter form of ibuprofen. Not a smart idea.

Ibuprofen and naproxen along with aspirin are known as nonsteroidal anti-inflammatory drugs (NSAIDS). Because these medicines work in similar ways, they should never be combined or used in larger doses or more frequently than directed. Otherwise your risk of side effects can increase, which range from mild nausea to severe gastrointestinal bleeding. 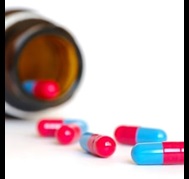 It’s also important to consider your family history when taking NSAIDs because, “recent studies have shown NSAIDs may have greater cardiovascular risks for people taking blood thinners or those with hypertension,” explains Andy. “A good example is ibuprofen: It has a relatively low gastrointestinal bleed risk while it has a moderate to high cardiovascular risk. The opposite is true for naproxen.”

Rather than experimenting with multiple medicines, figure out which drug works best for you. You may find muscle soreness improves with aspirin, whereas when a headache hits, naproxen is best.

Keep in mind that these medications aren’t always best for everyone in the family. “Aspirin in children and teens is not recommended unless under the supervision of a doctor,” Andy says. And pregnant and lactating women should generally avoid NSAIDS due to risk of birth defects and bleeding. “In both of these cases, acetaminophen or Tylenol are preferred but only if approved by an OB/GYN.”

Fighting Allergies
Over-the-counter antihistamines like Claritin, Zyrtec and Allegra have made fighting itchy eyes and runny noses a little easier. But these daily medicines — when taken inappropriately or in the wrong combinations — can also have an adverse effect.

Similar to acetaminophen, you need to watch for antihistamines in other products. Sleep aids — like Tylenol PM and Unisom — commonly use an antihistamine known as diphenhydramine, which may increase your risk of overdose.

“Combining antihistamines, or overdosing, can cause many adverse effects including dry mouth, blurred vision — even arrhythmias,” Andy says. “Only take these medications on their own.” If you’re still struggling with symptoms, you can talk to your doctor about adding an over-the-counter nasal steroid. 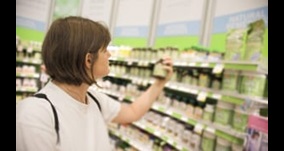 Andy confirms the importance of closely following the directions listed on antihistamine (and all medicine) bottles. He has seen extended release nasal decongestants cause significant arrhythmias requiring medical care after a patient took the medicine with warm fluids.

“The decongestant in question is designed to slowly release, but it can dissolve suddenly in the presence of warm liquids like coffee,” Andy explains. “This can cause the pill to deliver 12 to 24 hours of medication all at once.”

Taking an Antidiarrheal with Calcium
Calcium supplements and antidiarrheal medicines are another harmful combination.

Another consideration when taking calcium supplements or calcium-based antacids is gas. “I’ve had several patients report cases of excessive gas using Tums or calcium carbonate-based supplements.” Andy suggests instead “trying Maalox or Mylanta for indigestion and Citracal as a supplement.”

Talk with Your Doctor or Pharmacist About Your Medications 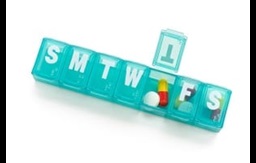 If over-the-counter drugs aren’t providing the relief you need, it’s time to see your doctor.

And remember, for your safety it is important to keep your doctor and pharmacist up-to-date with any medications — prescribed or over-the-counter — that you are taking.